McKinley Consulting has a wide area of expertise, gained over many decades in the industry and can manage projects of any size.

Measurement and modelling of the distribution of natural and anthropogenic radionuclides in the environment; experimental study of radionuclide migration in the laboratory and in URLs. 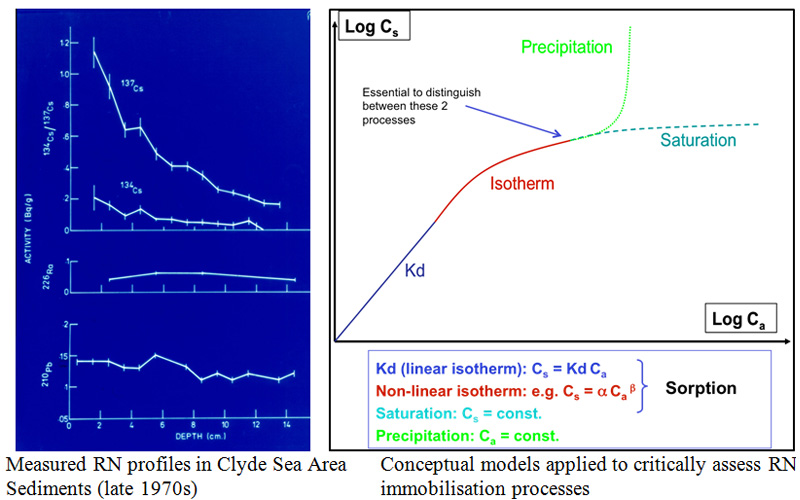 Radiochemistry is an essential component of projects involving assessing and remediating radioactive contamination, developing concepts and technology for the management of radioactive waste and assessing the operational and post-closure safety of waste repositories.

Members of the team have been involved continuously in such work since 1975, including measurement of natural radionuclide concentrations in marine and terrestrial systems, laboratory studies of sorption, in-situ studies of migration, development and testing of thermodynamic / transport models and their associated databases and communicating radiation risks to technical and lay audiences.

Radiochemistry is a key area of expertise, covered in an extremely wide range of studies carried out since 1975. These include work in conventional laboratories, contaminated marine and terrestrial systems, and underground research facilities, together with model development and model/database testing via natural analogues. A special, focus has been determining constraints on radionuclide mobility set by processes such as sorption and precipitation / co-precipitation, and capturing these in transport models. This has been put in context within integrated safety cases for disposal of a range of different types of radioactive wastes, for which the team has supported production and / or review since Project Gewähr (1985) – most recently for the NUMO Safety Case (2021).