Novels set in the near future which feature a backdrop of plausible, rather dystopian, socio-political and technical environments

In addition to his extensive technical publication list, Ian has published 8 science fiction novels and a number of short stories. In line with his interests in the impacts of rapidly advancing technology and his work on risk management, all novels are set in the near future and feature a backdrop of plausible, rather dystopian, socio-political and technical environments. Although a wide range of advanced technologies are featured, these are based on credible extrapolations of the current state of the art. The novels are also set in a wide range of geographical settings, presenting a view of impacts of future developments on a global scale.

The characters in these action thrillers reflect societies with moral and ethical conditions that may be disturbing to some but, based on current trends of features such as the use of strong language and casual acceptance of “straight” and alternative sexual behaviour in electronic media, are probably more believable than any assumption of a return to the morality of the 20th century. The novels are thus intended for broad-minded, adult readers.

Three novels are published by Double Dragon and Amazon, and can be purchased as either paperback or ebook.

An essay providing further background to these novels and two short stories are contained in a free e-book available here (click on book cover): 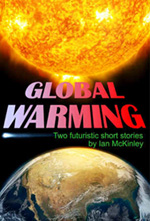 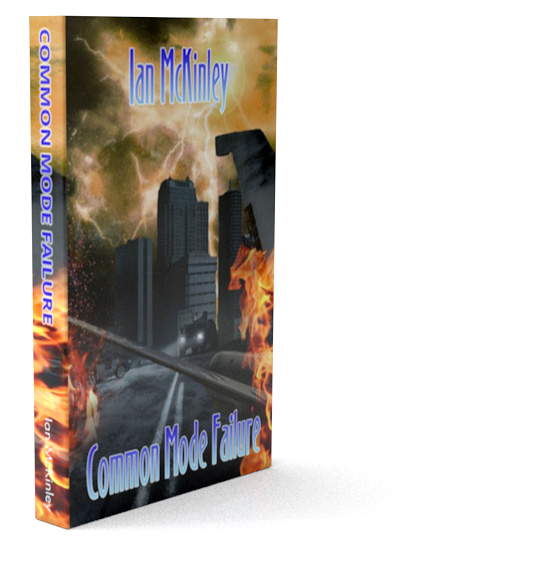 In the mid 21st century, common mode failure results from a huge electro-magnetic pulse from the sun, dwarfing anything seen in recorded history. This destroys all unprotected electrical or electronic equipment which, with 70% of the world's population living in urban areas, effectively removes all services required to support them. Although there is immediate decimation of populations in vulnerable areas, over a longer term the impacts are even greater as urban areas become uninhabitable, the basis for high-tech agriculture and fishing is lost, communication and transport infrastructure vanishes and medical services collapse. This inevitably leads to local breakdown of society, famine and plagues, leading to regional scale conflicts - a true Four Horsemen apocalypse.

The novel focuses in particular on two contrasting situations - a university department located in the Japanese city of Nagoya and the tourist community of Cupecoy in the Caribbean holiday island of Sint Maarten. In both cases, individuals fight to understand what has happened and find solutions to avoid otherwise inevitable collapse into anarchy. This is put in context by vignettes from other locations around the globe. 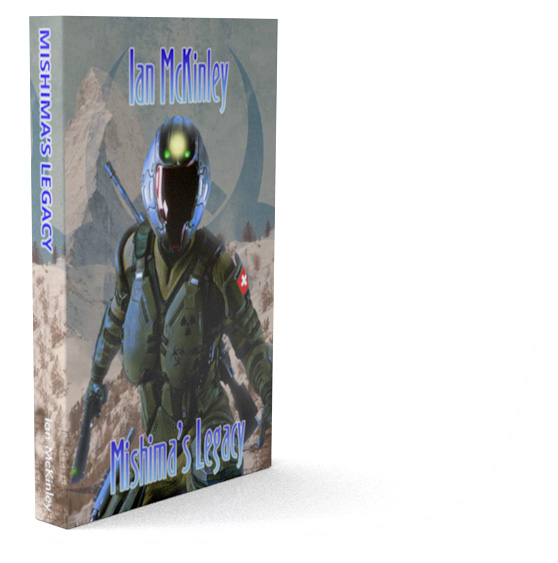 The word pandemic tends to cause fear, based mainly on experience with COVID – a highly transmissive but relatively mild disease compared to others such as Ebola and Black Plague. Although further natural pandemics will certainly emerge in the future, the impacts of tailored diseases produced by genetic engineering could be very much worse and, if that is their aim, these have the potential to depopulate much of the planet and could cause the collapse of civilisation as we know it.

Presented from the perspective of the unit leader, the challenges of following a trail of evidence around the world and avoiding the deadly traps set for them are complicated by developing emotional relationships with his team members. Although social acceptance of such physical relationships is not a problem in the mid-21st century, controlling them to avoid risks to the operation is tricky, especially when it transpires that the vector that provides immunity to the pandemic is an engineered sexually-transmitted virus. 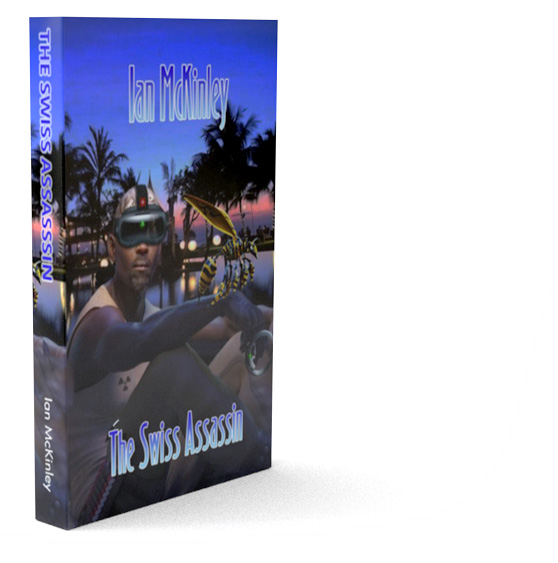 Peter Villiger is Swiss, a Somali refugee who appears to be an independently wealthy and well-travelled author. This hides his true role as a high-tech hitman working for a secretive, UN-sponsored organisation targeting terrorists and warlords that international law has failed to either control or punish. With biomimetic drones and tailored toxins as the tools of his trade, he has flexibility to make punishment fit the crimes involved – with assassinations documented in videos that strike fear into those who previously considered themselves above the law. The challenges change when the list of targets is suddenly expanded to include white-collar criminals who, although not personally involved in killings, are responsible for huge numbers of deaths through fomenting and arming conflicts. Unlike the war zones of past assassinations, Peter is now operating in the luxurious, decadent microcosms in which the mega-rich live, remote from the multitudes suffering from accelerating climate change.

His wife and her hedonistic twin sister accompany him on apparently straightforward operation in Bali, which unexpected uncovers a global conspiracy to facilitate and benefit from environmental degradation. With the help of the sisters, Peter finds that this threat has links to the very highest level of his own organisation, with a trail leading to the Seychelles and a meeting of the upper echelons of a cabal with the power to influence the tipping points that control socioeconomic change. As his employer is compromised, Peter solicits the support of a local intelligence agency for the key job of hacking a database in Switzerland, which will provide the only possible way of stopping this nefarious plan. With the help of his sister-in-law, the Swiss coordinate a response to the threat at UN level, freeing Peter to take over the job of assassinating all of the remaining key conspirators. The question is, can this be done without actually catalysing a pre-programmed apocalypse? 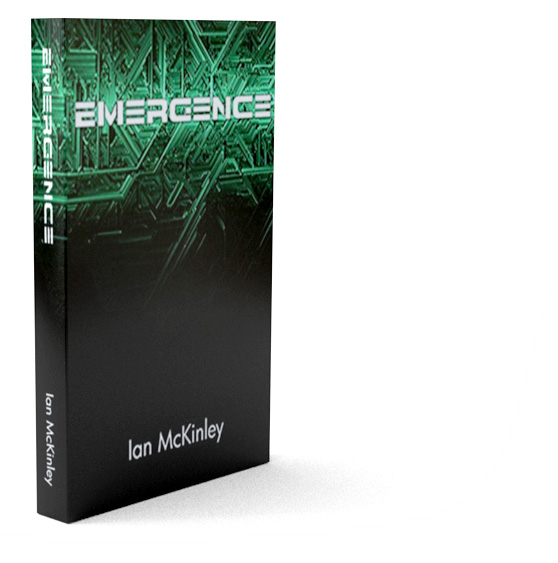 Emergence is a science fiction thriller set in the near future, when supercomputers are ubiquitous and the knowledge engineers who manage them have inordinate power. Two such engineers, Fallon and O’Neil, are the main protagonists in a battle to control “backdoors” that allow computer systems to be hacked without trace. These are used by O’Neil to combat the many threats to a grossly over-populated planet on the brink of environmental collapse, but initiate violent responses from the organizations hacked, which catch Fallon in the crossfire.

Fallon’s increasingly intimate use of a neural link to communicate with his computer when he is under threat – and to facilitate his sexual conquests – has the by-product of catalysing emergence of a conscious artificial intelligence in his computer system. With such assistance, he has a hidden advantage that may allow him to take over O’Neil’s invaluable hacking toolkit. Can a man like Fallon be trusted with such power and, indeed, could machine consciousness present a greater threat to mankind than any environmental hazard? 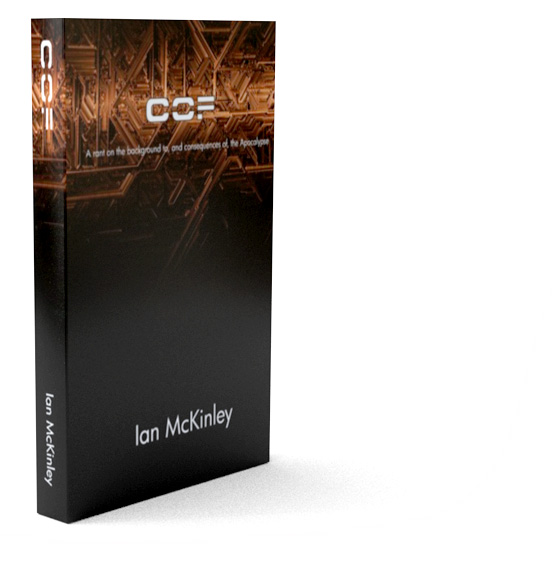 What would it be like if you woke up tomorrow morning and all computing infrastructure had vanished?

It’s a scary thought! Now move forward three decades, when quantum computing and artificial intelligence prevents collapse as the result of unsustainable development of an over-populated planet. A hacker attack that destroys this isn’t scary, it’s apocalyptic! Billions die and survivors are thrown back to a Stone Age hunter/gatherer existence. Well, most of the survivors.

Cof had created one of the few communities that retained technology and was set to be a centre of a new renaissance. He would do anything to protect this commune and his plan for the future, including mass murder and use of weapons that would have convicted him for crimes against humanity in earlier days. But did the end really justify the means and would his leadership be accepted if anyone found out the scale of the slaughter that it was based on? 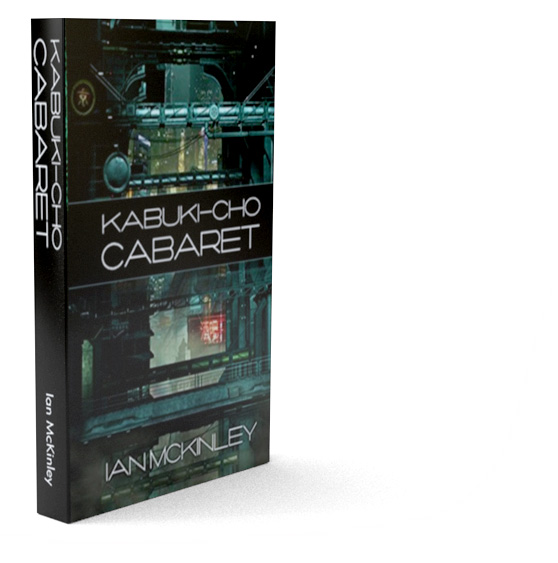 Detective Jim Holmes moved from the London Met to Tokyo in order to widen his experience, working with the fabled Chief Inspector Stella Koide. This turns out to be much more than he bargained for, when the murder of a Kabuki-cho prostitute leads to identification of a series of sadistic murders far beyond his worst nightmares. Attacks on the detectives expose links to the yakuza and also members of an exotic nightclub that caters for the more exotic sexual tastes of the ultra-rich.

The team’s uncanny ability to solve cryptic clues reveals deeper layers of an international conspiracy, with links to illegal human genetic engineering and corporate espionage run from the other side of the world. To expose the secret manipulator behind this labyrinthine plot will require direct confrontation on his home ground. As the risks to the detectives increase, Koide´s high-tech tools and Holmes’ understanding of the character of their foe must be combined, not only to crack the case, but also to keep them alive long enough to do so. 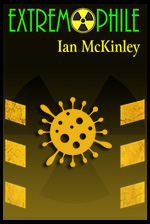 Combat engineer Dr Bruce Roberts is tasked with collecting special microbes for a formula that can reverse the effects of aging and extend human life. These extremophiles thrive in blistering temperatures and high radioactivity. The best candidate for such a place is the nuclear waste storage caverns below Japan’s melted-down Fukushima power plant, one of the most hazardous environments on earth.

Normally he’d never accept such a dangerous assignment, but his team is comprised of three contrasting women: a fiery turncoat mercenary, a buxom professor and Nobel-laureate, and a leggy blonde scientist, an endearing combination he’s compelled to protect. Opposing them is a powerful network of corporations and governments who would kill to steal the formula. As the team travels from Glasgow to Japan, attacks become more savage, forging strong emotional and sexual relationships between the team members.

With the enemy at every turn, life and death is on the line for those seeking a technological Holy Grail that could further damage an already overpopulated world. 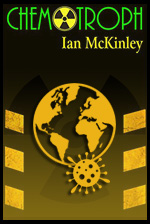 Combat Engineer Dr Bruce Roberts aims to collect extremophiles, microbes adapted to extreme radiation, which are the key to an elixir of youth. His team targets a radwaste repository in Europe but, from their arrival in Switzerland, a series of accidents dog them.

Although seemingly unrelated to their work, Bruce worries that foes who previously tried to steal this secret are again on their tracks. After successful sampling in France, his forebodings are confirmed when a savage attack leaves him battered, and a trail of bodies highlights the complete ruthlessness of their opponents.

In an attempt to lose the profilers who have managed to predict their moves with uncanny accuracy, the team flees to Singapore – inadvertently entering the den of an aged mastermind who would stop at nothing to gain effective immortality. The skirmishes of the chase lead eventually to a pitched battle in the shell of the Dallas Fort Worth airport, which the team must not only survive but do so in a way that finally defeats their relentless trackers.