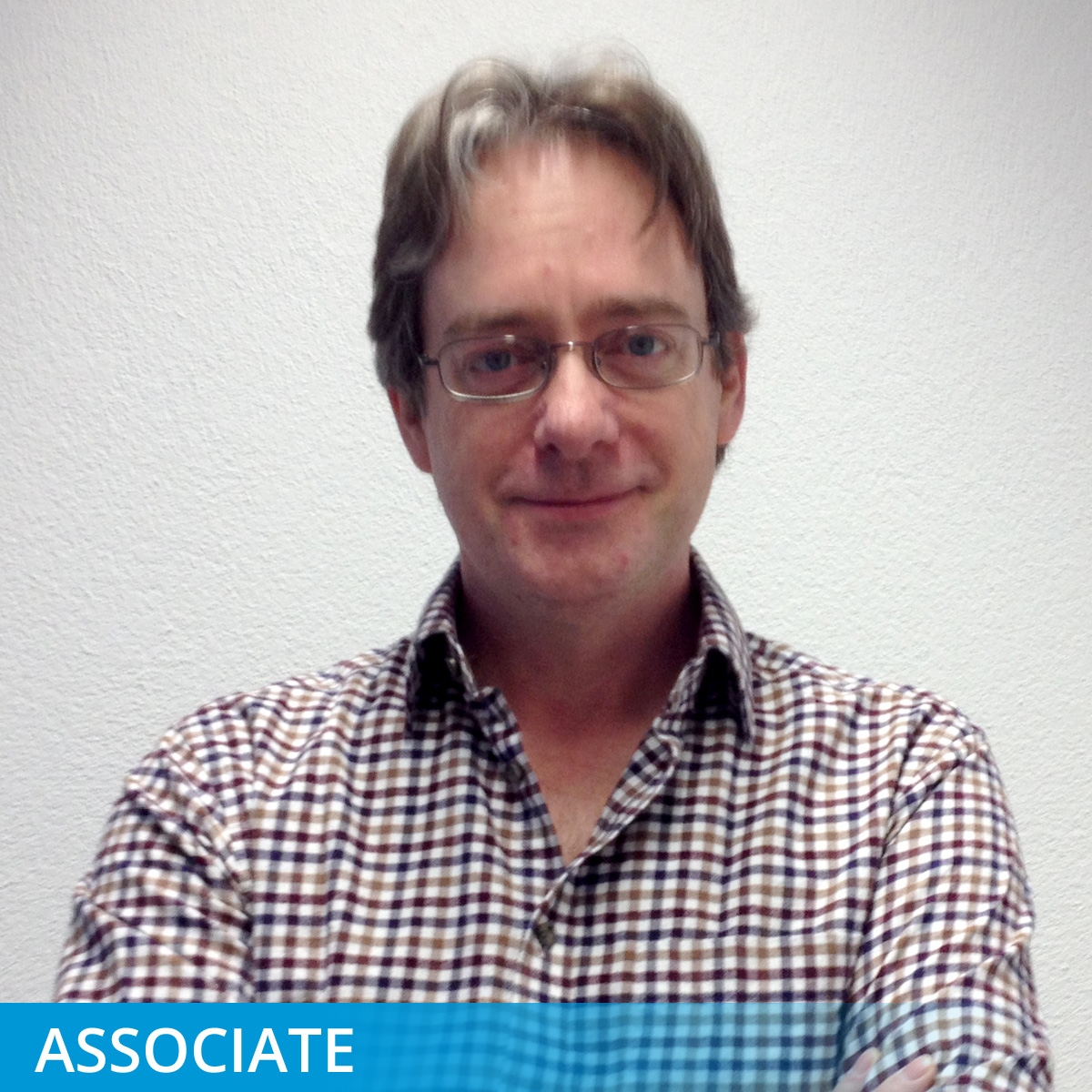 With a background in Mathematics David specialises in 3D visualisation/animation, web technologies and Multimedia.

David McKie graduated from Napier University in 1993 with a BSc. Hons in Mathematics and Engineering after previously working as a car mechanic. Directly after graduating he moved to Bern, Switzerland to work with the Rock Water Interaction Group at the University of Bern and JAEA in Japan creating SANTA – a groundwater flow/sorption program for learning and training, focusing on ease of use and rich graphical outputs.

Upon completing SANTA (Published as a Nagra NTB 00-02) he worked with Nagra in Wettingen – setting up the grimsel website Grimsel Test Site (www.grimsel.com) in 1997, creating 3D imagery and animations including the DVD “Nagra Deep Geological Disposal in Opalinus Clay” in 2003 and the “Nagra Underground Geological Repositories” DVD in 2009. The latter animations were created in full HD and are also displayed at the Swiss Nuclear Power Stations’ visitor centres and regularly used on Swiss TV. Recently he was the architect of Nagra’s own internal information Portal – hand coding solutions to pull in data from many assorted internal databases and sources to create a single-point, dynamic and easy to use website which is used daily by all Nagra employees.

David is presently heavily involved in Nagra’s Full-Scale Emplacement Experiment at Mt. Terri, Switzerland. During the planning stages the use of 3D images and virtual environments (3D simulators using game engine technologies) allowed the virtual realising and testing of machinery in the tunnels before finalising emplacement procedures. These 3D simulators are accessible as stand-alone programs, websites and mobile apps. In addition to the 3D models, simulators and animations he created full panoramic photos of the emplacement tunnels before backfilling. This allowed a “google street view” method of recording and exploring the closed tunnels. He also installed a full HD touchscreen remote viewing camera system for archiving the actual disposal processed which is additionally used for visitors allowing them to view the emplacement processes from outside the busy working area. David’s 3D imagery is used throughout Nagra’s publications and public presentations. He has created many interactive DVDs and websites for assorted projects (Long Term Diffusion Project interactive DVD, Interactive Database for the Excavation Project, Interactive Media Library for CRIEPI’s Fractured Rock Studies, Interactive DVD for FEBEX-DP).

David was involved in creating the online architecture for the CoolRep websites aimed at connecting with both professionals and the general public and explaining in an accessible, friendly and multi-media rich manner many complex topics. He filmed and produced the multi-lingual training DVD (“Instructions for safe handling of Alpharadin Injection, radiation protection and drug preparation”) for Algeta, Norway and also produced a multi-lingual web app and dose calculator. He created and ran the ITC School website, owns, administrates and runs a popular Scottish classic car forum, as well as hosts and maintains both the Bedrock-geosciences and Natural Analogues Workinng Group (NAWG) websites.

David is also involved with the official Beta testing of Autodesk’s 3DS Max software, has many popular online tutorials on his website: DMMultimedia (www.dmmultimedia.com) and has created 3D content and imagery for many international clients (Coca-Cola, Mazda US, Burton Power UK, Volkswagen Australia, Wavemaster Ferries etc.)